and workspace for community enterprises, in Somerset;

for the benefit of the community.”

SCCLT is a new co-operative society working to address the chronic shortage of affordable sustainable housing in Somerset, at the same time as creating incubators for new and growing community enterprises. We place tenants at the heart of our governance structure, so that the land trust is always accountable to its intended beneficiaries. At the same time, any Somerset resident can join and have a say in how the society is run; people outside the traditional county can also join, with limited voting rights. Download our leaflet for more information.

If you'd like to know more about the services available in our shop, why not visit the Somerset Co-operative Hub website?

You may have heard that one of the ways that Somerset CCLT has financed its work is 'community shares'. This is similar to the share offerings that profit-making companies stage in order to raise investment capital - but it is different in important ways.

First, the similarities. Share capital is the most 'at risk' form of investment: if things go wrong, people who have loaned money to the business, or are owed money by the business, will be repaid before holders of share capital are. In return, the shareholders usually have some rights of ownership - they get to have some say in how the business is run. In these respects, our shares are the same as any other business.

But there are some important differences. Company shares pay dividends - a share of the profits made by the business. We don't do that. If there is a profit, we need to devote it to our social mission. But we do recognise that our investors have been deprived of their capital, and so we pay interest on it by way of compensation. While that may vary according to how the business has thrived, we try to keep it steady and within reasonable limits. We are starting at 4% and aiming to build up to 7% - though our rules limit us to paying 'no more than is necessary to attract and retain investment'.

Another difference is voting rights. Unlike companies, the shareholding doesn't affect your power in an Annual General Meeting: one share gives you the same voice as £1000. And our rules particularly limit the role of members living outside the Somerset area. So people who don't have a strong stake in our work can't buy influence.

The last important difference is that community shares aren't bought and sold on a stock exchange. They are withdrawable shares - that means that investors can get their money back when they need it (within limits - if they all ask for it at once, we would have to impose some restrictions) rather than having to find a buyer. It also means you can't get rich by speculating on the future growth of the business. That may put some people off, but we're not running a casino here. It's better for everyone that we offer steady and predictable returns rather than windfalls and crashes.

Every so often, if we have a new project to finance, we will publish an offer document (not a prospectus - that requires special authorisation) and invite people who share our aims and values to become shareholders. Hopefully they will find it offers double satisfaction - a prudent investment with modest but rewarding rates of interest, and a social intervention that helps the most vulnerable and builds a better future one house at a time. 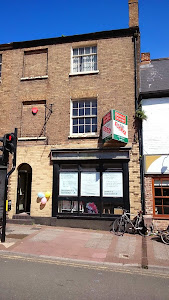